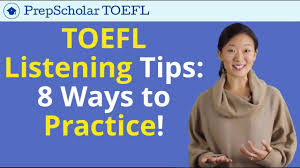 To pursue higher education in an English-speaking nation, one must first submit an IELTS or TOEFL score. Reading, writing, speaking, and listening abilities are also assessed on both examinations. The scoring structure, the format, and other factors distinguish IELTS from TOEFL. This article aims to explain the distinctions and assist you in deciding which exam is appropriate for you.

When comparing TOEFL and IELTS, one must first grasp the distinctions between the two examinations before making a selection.

IELTS and TOEFL both have four sections:

Both examinations are focused on reading, speaking, listening, and writing skills and they are graded on a scale of one to 10 in all countries.

Both are used to determine the minimal English proficiency necessary to be a member of the institution or a national resident.

Differences between the IELTS and the TOEFL:

The main difference between the TOEFL and the IELTS speaking sessions is that one appears in front of a computer in the TOEFL exam, and the entire speaking portion is conducted by automated software.

The most significant distinction between the two in terms of writing is that in IELTS, all tasks must be written on paper, but in TOEFL, all work must be typed using a keyboard. As a result, it differs greatly from person to person. Some people aren’t very skilled typists, so they prefer writing, while others are self-conscious about their handwriting and don’t want to frighten the checkers, so they type the answers instead.

Both IELTS and TOEFL have distinct listening session lengths. TOEFL takes twice as long as IELTS, with a 60-minute hearing period compared to 30 minutes for TOEFL.

Then there’s the variance in accents between the speakers. There might be a variety of accents on the IELTS test, including those from the United States, Australia, Canada, Wales, and Ireland, among others. Only typical American accents would be included in the TOEFL hearing.

Again, the TOEFL reading period is significantly longer and consists only of multiple-choice questions that need a lot of reading, which can be exhausting and lead to attention loss.

Most significantly, one must consider what is most convenient for them in terms of test centre proximity. Overall, IELTS is considered as being simpler and more interesting than TOEFL, owing to the fact that it takes less time and involves more human contact.

Now that you’ve learned the key distinctions between the two examinations, it’s up to you to choose your choice. Choose the exam that best fits your needs and comfort zone is always the best option. If you need any guidance with your college essays, do not hesitate to seek a professional assistance from essay help service in Australia.Best of luck on the TOEFL/IELTS!