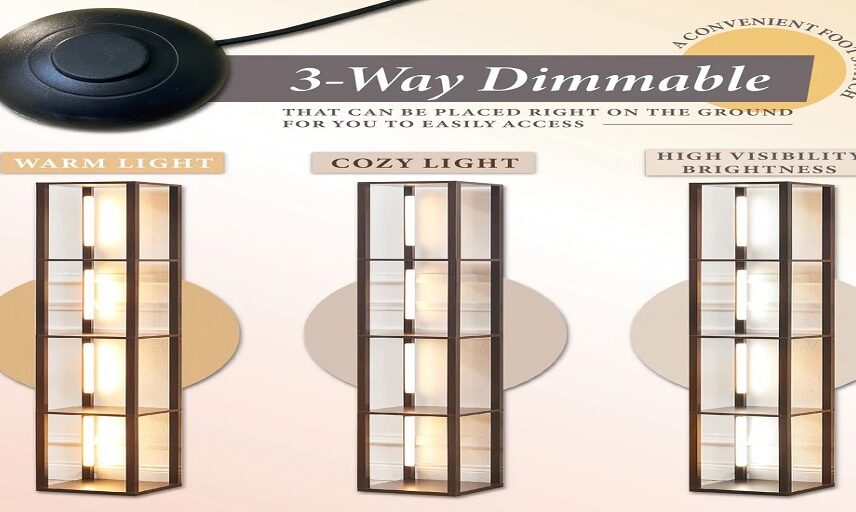 Lighting has come a long way since the first incandescent light bulb was demonstrated in 1835. Through countless iterations and technology, we’ve arrived at last at LED technology.

LED lights, more properly known as light-emitting diodes, offer almost every conceivable advantage over nearly all other forms of lights, including incandescent lights and CFLs, or compact fluorescent lights, which for a while replaced them.

When LEDs were first introduced, the cost of the semiconductor materials used to make them kept costs high, but around 20 years ago, when the cost of semiconductors fell, the prices of LEDs fell too.

That enabled their true potential to shine through – which includes the following benefits that truly “shed some light” on the fact that an LED display shelf is the future of interior design.

2. Longer Lifespan
LED lighting is, by far, the most energy-efficient lighting in the industry. Even the longest-lasting incandescent light bulbs generally only last for about 1,000 hours, with most lasting somewhere around 600-700 hours. Even CFLs only last around 8,000 hours.

LEDs last far longer – some can last for nearly 100,000 hours. For instance, the LEDs on the Fancy 3-in-1 Dimmable Luxury Display Shelf (with integrated LEDs) are expected to last 24 years, assuming 6 hours of operation per day – that’s over 50,000 hours!

3. Less Heat
Incandescent lights, being inefficient, waste some energy as heat. LEDs produce almost no heat because they are so efficient – which means they are less likely to be implicated in fires while keeping cooling costs down, too. This saves operators going and coming – directly on energy costs for lighting and then again on cooling.

4. Perfect in All Conditions
Extreme heat and cold can adversely affect most forms of lighting, including incandescents (and especially fluorescents). LEDs turn on and reach their full brightness almost immediately in nearly all conditions.

5. Dimming Capabilities
Choosing LEDs for home lighting doesn’t entail any sort of compromise on creature comforts. Just like most other forms of lighting, LEDs come in dimmable configurations.

6. LEDs Are the Green Option
Another great thing about LED lighting is the fact that LEDs are so environmentally friendly – and not just because they save energy.

Many other forms of lighting – such as fluorescent lights – contain hazardous materials and are difficult to dispose of properly. LEDs do not, and moreover, are typically made with recyclable components.

They’re the most sustainable form of lighting, by every metric!

FENLO’s LED Display Shelf Offers These Benefits and More
If you’re interested in getting an LED display shelf that has LEDs built right into the design, visit ShopFenlo.com and take a look at their Fancy 3-in-1 Dimmable Luxury Display Shelf with integrated LEDs.

This sleek, ultra-modern tiered LED display shelf has a number of unique features and attributes that will slide right into place in nearly any interior setting.

Its unassuming, minimal aesthetic does not draw too much attention to itself, making it suitable for a wide range of interior design schemes, and its ample display shelf and storage space has room for artwork, picture frames, clocks, houseplants, and so much more. It features four display shelves, each of which can hold up to 60 pounds.

The integrated LEDs are directional – meaning you can shine them how and where you like – and 3-way dimmable. They’re also rated to last 24 years at 6 hours of operation per day.

Functional and utilitarian, FENLO’s Fancy 3-in-1 Dimmable Luxury Display Shelf with Integrated LEDs is also made from an engineered type of wood called MDF, or medium-density fiberboard, which is extremely strong and durable. It’s also finished with a UV-coating which is highly durable, non-toxic, chemical-free, and long-lasting.

To learn more about this display shelf or their other unique, visionary shelves and lighting products, visit ShopFenlo.com or contact their customer service online.