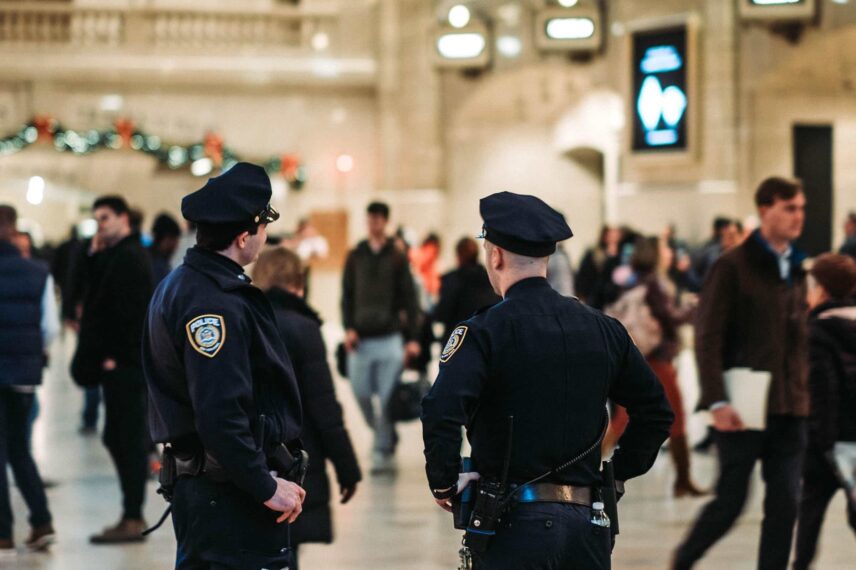 Being a police officer is a career choice that involves numerous skills and personal attributes. For instance, you must be able to remain calm and focused at the scene of various crimes or accidents, whilst communicating clearly and effectively with the public (who may be agitated or concerned at what they have witnessed).

You must be an upstanding member of society with a desire to serve and protect the public in general; whilst always adhering to the letter of the law and demonstrating exceptional conduct.

Whilst such a role is clearly not suitable for everybody, for some it can be an exceptionally rewarding career that has the benefits of an above-average salary and the opportunity for early retirement with a generous retirement package.

If you are interested in becoming a police officer, this article presents some of the key roles and responsibilities that are required in this career.

You must be suitably qualified

As a preliminary point, it is vital to point out that police officers must undergo suitable training before they can be registered as officers of the law. In many countries a high school diploma is required, along with a bachelor of policing degree.

Such higher education will give aspiring officers a solid grounding in the principles of law enforcement, along with the psychology of criminality and the effects of crime on society. If you intend to progress your career into more senior or specialized roles in the future, you must be aware that it is likely that additional qualifications and certificates may be required.

One of the more recent roles of a police officer is to be trained to administer first aid. Occasionally, police officers may be the first on scene at accidents such as road traffic collisions where there is potential for those involved to have suffered a traumatic cardiac arrest.

Police forces are now often routinely supplied with defibrillators and other life-saving equipment. This allows them to function as first responders at the scene of such incidents and they are trained in life support skills that can help to reverse cardiac arrests that have occurred in the community.

In addition, police officers who specialize as armed response teams, and are despatched to contain incidents where a firearm is being used, may be skilled in some forms of advanced trauma care, which allow them to stabilize patients with gunshot injuries.

A vital part of policing and a key practice is for officers to use their powers to arrest criminals and suspects who they believe have committed crimes. As part of this process the police officer will read the apprehended a statement called the Miranda rights. This contains a verbal statement that informs the person that they have the right to remain silent and that anything they do say may be used against them in a court of law. It is a common passage that police will read to many apprehended people during their careers, and as such, must be learned verbatim and in its entirety by the officer conducting the arrest.

Police officers will have certain common pieces of police equipment that allow them to arrest suspects safely and securely. This generally involves the use of handcuffs, and for violent offenders, some police forces will routinely subdue aggressive suspects by using pepper spray on them.

This non-lethal method of defending themselves against violent suspects works by causing intense irritation and a burning sensation on the affected body parts, and is usually sprayed into the eyes of the aggressive subject to temporarily blind and incapacitate them.

Building evidence for the prosecution of criminals

As part of the process of arresting suspected criminals, once they are in custody, the police can begin to gather evidence and prepare for interviewing the suspect. Police officers need to gain sufficient evidence that will hold up in a court of law to prove that the offender is guilty of the crime they have been arrested for. In many cases this will involve interviewing the suspect under caution and using a tape recorder to record all parts of the interview with the suspect. This can then be used as evidence in a court of law to successfully prosecute the perpetrators of the crime.

Police officers may also need to routinely interview witnesses to the crime who may have first-hand accounts of what they saw and heard, which may also be admissible in a court of law. Whilst compiling a body of evidence that aims to ensure that the criminal will be proved to be guilty at trial, a police officer must also have a thorough knowledge of the legal system and the crimes that have been committed by the offender.

Police officers can also undertake community education roles as part of their work in the fight against crime. For example, many communities may wish to make their areas a “neighborhood watch” location. This can be because of burglaries in the area and the need to feel safe in their homes. Police officers will often visit these neighborhood organizations and provide advice on making people’s homes safer and how to respond to burglaries or suspicious behavior.

Many police forces will also visit homes to assess their security levels and identify scope for improvement. They may also be able to give special ultraviolet pens to residents that allow them to mark their valuables; so in the event of theft they can be easily identified and returned to the owner.

Another key role in crime prevention and detection is for the police to undertake regular patrols of certain routes and areas within their locality. In modern policing, police cars are equipped with number plate-reading cameras which can identify cars that have been reported as stolen.

This is a key part in the fight against crime, and road traffic patrols play an integral part in brining criminals to justice. In addition, having a visible police presence on regular patrols is reassuring for local communities who can see that officers are nearby to respond quickly to signs of crime and disorder.