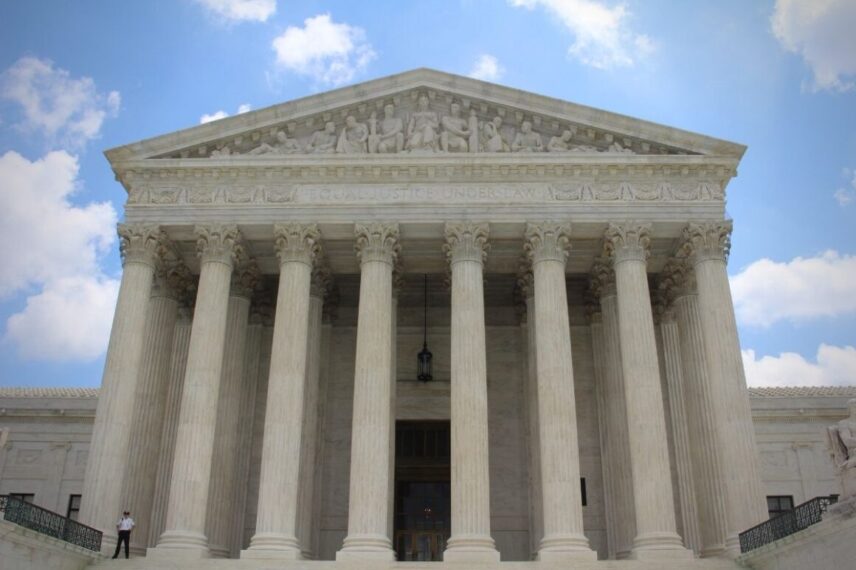 It only took a few days for, in the United States, the right to abortion to be canceled, the right to carry a weapon in public consecrated and the federal means to fight against climate change drastically limited . All of those decisions were made by the Supreme Court, capping off a tumultuous 2021-22 season marked by a significant conservative turn.

What is the Supreme Court for?

The Supreme Court is the highest court in the United States. As a last resort, it decides on a decision taken either by the federal state or by one of the fifty American states. It can thus examine decisions, texts of laws and presidential decrees to ensure their conformity with the Constitution of the United States of 1787. It plays an essential role in the establishment of jurisprudence.

The high court holds an annual session from the first Monday in October until the last days of June. It works on a hundred cases chosen by the wise men themselves from the thousands of requests filed each year and rules on major social debates, such as abortion , same-sex marriage, the death penalty or even the carrying of arms. .

The Supreme Court has, for example, declared the unconstitutionality of segregation in schools in 1954, invalidated in 1967 a law of the State of Virginia prohibiting marriages between black and white people, removed limits on electoral financing in the very controversial judgment “Citizens United” in 2010 or even spoke out in favor of a presidential decree prohibiting the entry of the territory to nationals of five predominantly Muslim countries and North Korea in 2018.

It is impossible to appeal against its judgments. The Supreme Court is “arguably the most powerful court ever constituted in human history, a guardian court of American fundamental law and true judicial power” maintains the French Constitutional Council on its website . It has such an important place that, for the American author Alpheus Thomas Mason, it can very well “ send the Congress, the President and the governors of the States to hell”.

How are the members of the Supreme Court appointed?

The Supreme Court is made up of nine judges: a president, the chief justice of the United States of America , and eight advisers, the associate justices . They are all appointed by the President of the United States, after validation by the Senate. If the US Constitution does not impose any particular qualification, training or minimum age to be a supreme judge, they are all legal professionals, such as lawyers, professors or judges.

Supreme judges are appointed for life. They can retire from the age of 70, but few do. No one can force them to withdraw: it is up to them to make the decision. They can therefore remain in office as long as their health allows. As a guarantee of their independence, they benefit from the same guaranteed remuneration for life. “Members of the Supreme Court rarely retire and never die,” quipped Thomas Jefferson, the third president of the United States.

Nevertheless, like all civil servants in the United States, they may be subject to impeachment proceedings , but only for “treason, corruption or other high crimes and misdemeanors” , underlines the Constitutional Council . is never produced.

Who are its current members?

Of the nine justices currently serving on the court, six were appointed by Republican presidents and three by Democrats.

Current United States President Joe Biden has appointed Justice Ketanji Brown Jackson, the institution’s first black woman, to replace liberal Stephen Breyer who retired at the end of the 2021-2022 season. She will sit at the start of the school year alongside two other women, named by Barack Obama: Elena Kagan and Sonia Sotomayor. In total, only five women have served on the Supreme Court.

During his term, Donald Trump had the opportunity to appoint three judges, Neil Gorsuch, Brett Kavanaugh and Amy Coney Barrett, cementing the case in a conservative majority for years.

George W. Bush appointed in 2005 the chief justice of the United States John Roberts Jr was then Samuel Alito in 2006. Dean of the wise at 74, the ultra-conservative Clarence Thomas has been in office since 1991.

What is the equivalent of the Supreme Court in France?

The American high court is at the top of the judicial system: it can impose its point of view on other jurisdictions by annulling their decisions. The Constitutional Council is distinct from the French judicial apparatus and is independent of it. It is therefore not in a position to impose decisions on it.

In France, there are two jurisdictions which could be qualified as Supreme Court, in the sense that they are the highest jurisdictions responsible for ensuring the conventionality of the law: the Court of Cassation for the judicial order and the Council of for the administrative order.