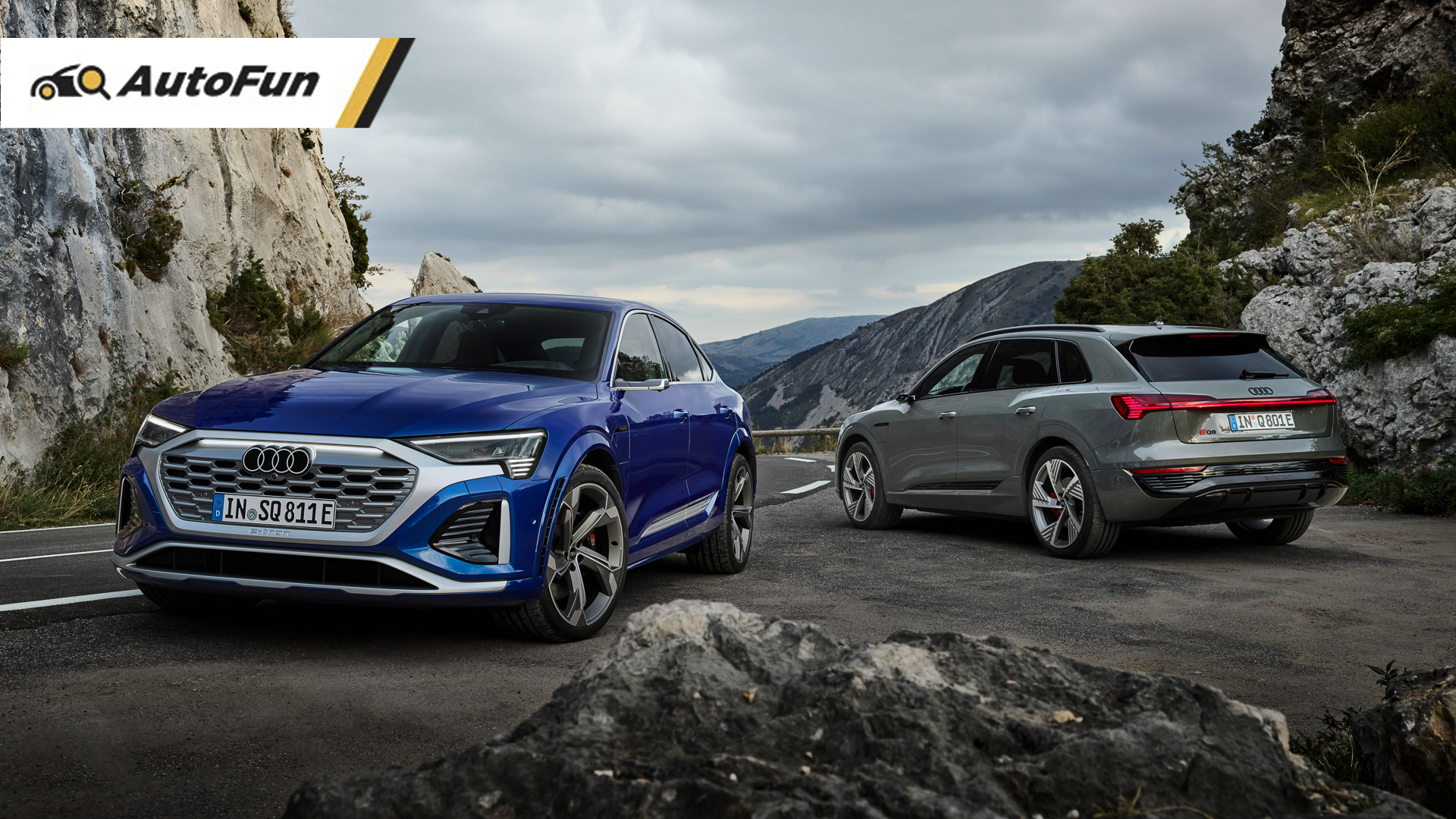 Following some rather mysterious teaser photos, the Q8 e-tron (and its Sportback sibling) is finally out in the open and sports a more aggressive face.

The previous model’s boomerang-style headlights and heptagonal grill are still there, but Audi added some piano-black or silver accents and larger lower bumper openings to give it a bigger scowl.

The side profile also remains largely similar, with a high beltline and slim side mirror. The pronounced kink at the bottom of the doors stays, too, but the addition of body-color wheel arches and panels make the Q8 e-tron look more sleek.

At the back, for both the standard SUV and the Sportback, the awesome LED taillights still look like two broken arrows fused together, with the side sections looking like quivers. The lower rear bumper also gets a pseudo-diffuser.

Audi said the addition of electric grill shutters and underbody wheel spoilers have also reduced the drag coefficient of both models for better efficiency at speed. 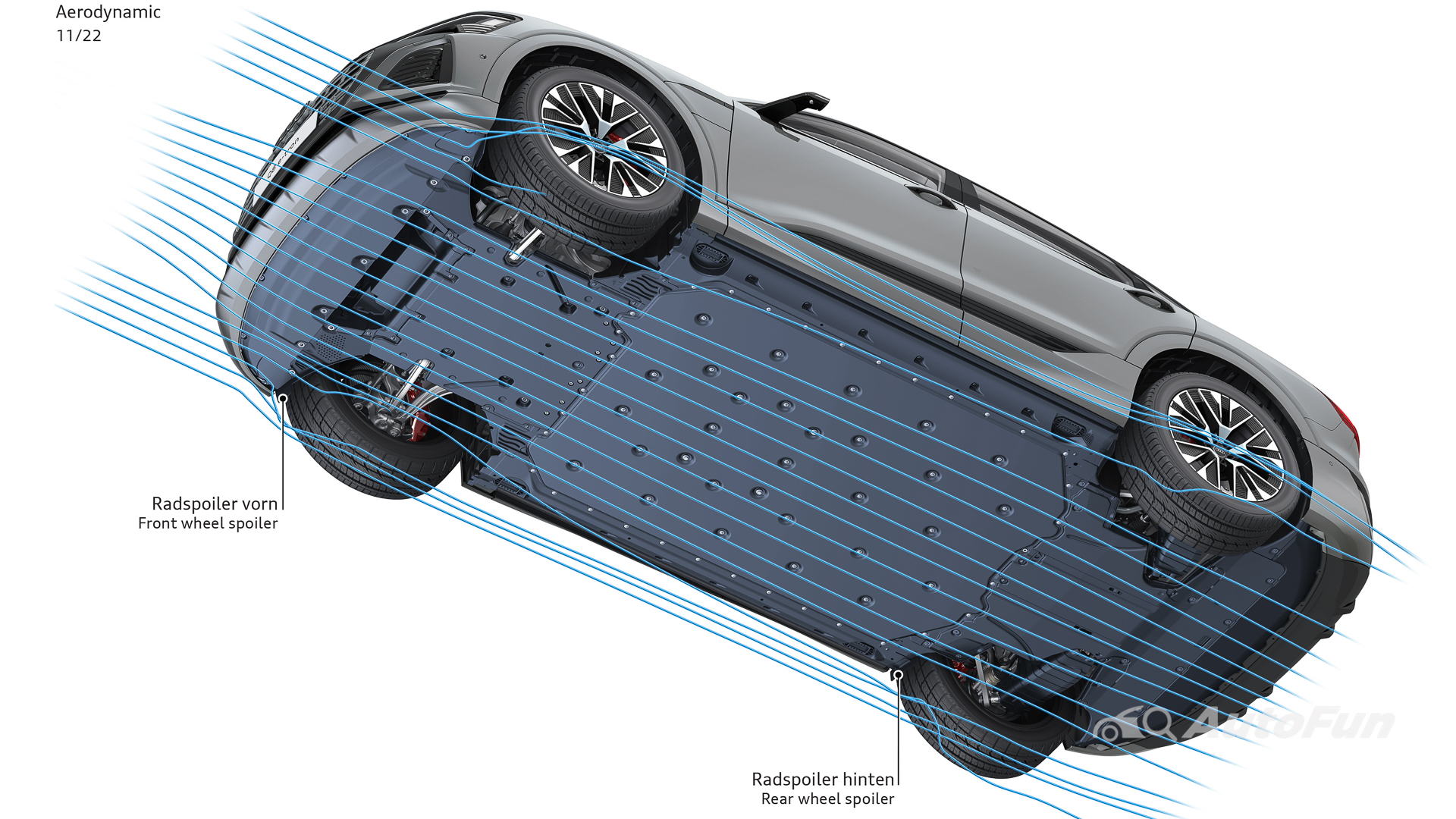 As we mentioned in our Nov. 8, 2022 report, the Q8 e-tron is the new name for this behemoth electric vehicle, which used to be called simply the “e-tron.”

This is in line with the expansion of Audi’s e-tron lineup, which now includes the Q2 e-tron, Q4 e-tron and Q5 e-tron crossovers, along with the e-tron GT sedan.

Aside from the new name, the Q8 e-tron gets a new battery that has been beefed up from 95 kWh to 114 kWh. This should help add to the crossover’s maximum range, which is currently pegged at 444 kilometers for the top model.

The SUV’s power and torque outputs remain the same as the previous model, but a modified rear motor means less energy to produce torque for the rear wheels.

Finally, the Q8 e-tron can charge faster now that it’s gone from 150 kW to 170 kW on a fast charger. Audi claims the battery can be charged from 10 percent to 80 percent in 31 minutes. 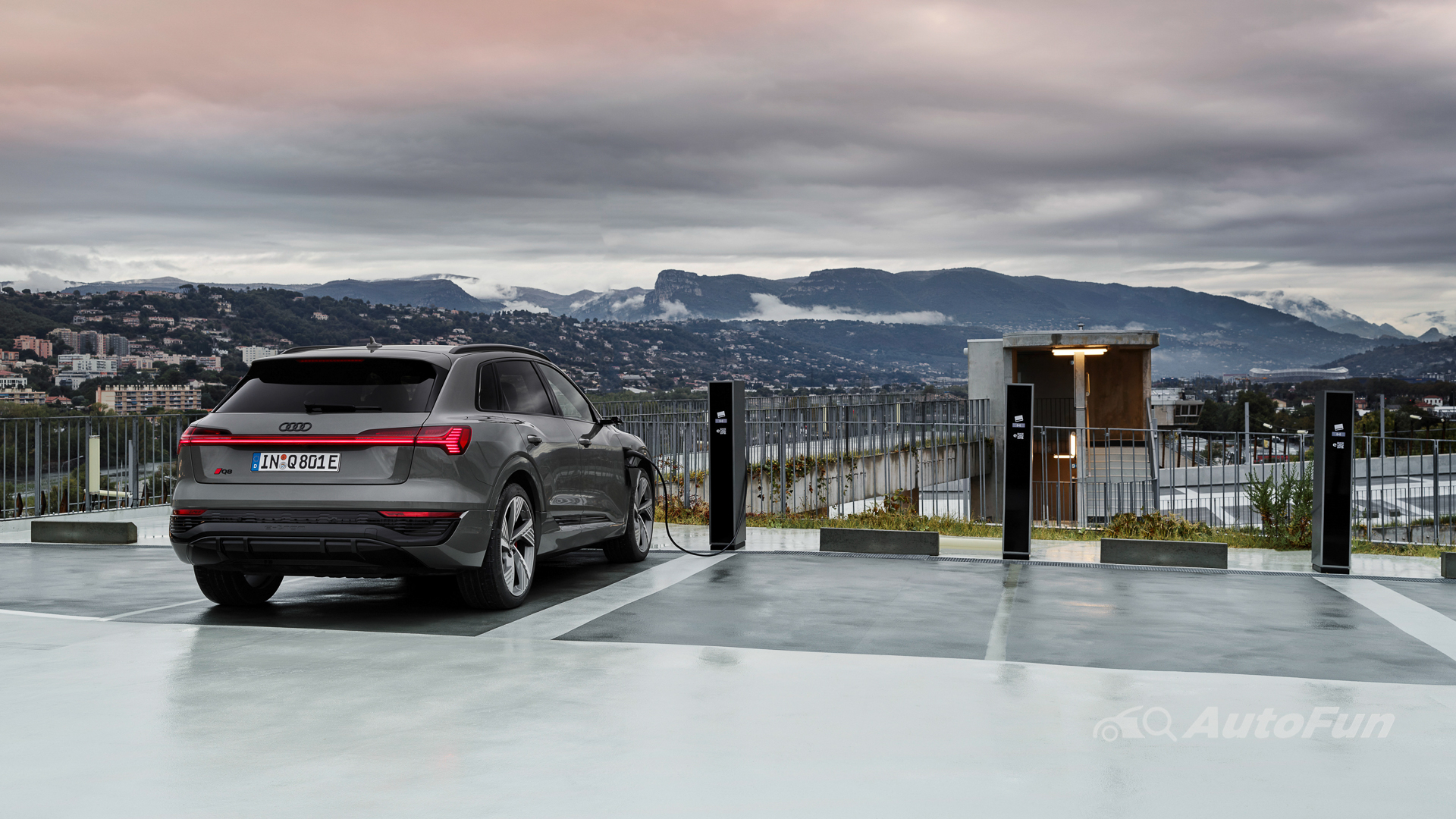 There are no official prices or official schedules for availability yet in the region for the Audi Q8 e-tron.

What do you think of Audi’s revamped flagship EV?