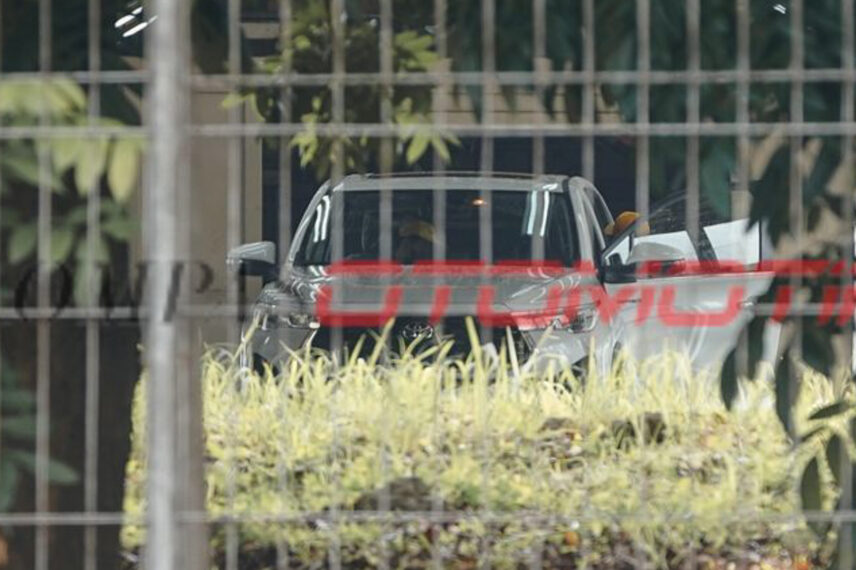 The all-new Toyota Innova (also called the “Innova Hycross” and “Innova Zenix”) is slated for launch sometime in November 2022 and everyone is scrambling to get all the juicy details.

Our last update was a teaser photo that Toyota Indonesia posted on Facebook.

With a little help from Photoshop, we were able to bring to light exterior details like the hexagonal front grill and the aggressive lower bumper openings.

But reporters from Indonesian outlet Kompas were able to capture a fairly large Toyota multi-purpose vehicle (MPV), with identical styling features, driving out in the open in Indonesia.

Another photo shows the MPV’s side profile, which show a high beltline and prominent D-pillar. The taillights, meanwhile, are reminiscent of the current Avanza MPV. Notice that this MPV also sports a sunroof. Spyshots of what is supposed to be the same vehicle driving on the road, only camouflaged, suggest this is a panoramic sunroof. If so, this is the first time for an Innova to have one.

Details about the next-generation Innova have been floating around as early as April 2022.

Our colleagues at AutoFun Indonesia noted that Toyota registered the name “Innova Hycross,” with spyshots of a camouflaged MPV being tested in India and Thailand.

AutoFun Indonesia also reported on October 2022 that the Innova Hycross will have a twin from Suzuki in the Indian market, which will slot above the Ertiga and XL6 MPVs.

The current Innova remains a strong seller for Toyota Motor Philippines because of its pick-up-based underpinnings and rear-wheel-drive platform. These help the MPV carry seven passengers or heavy loads with relative ease.

If the next Innova will follow the route of the all-new Avanza, we may see Toyota’s biggest MPV move to a front-wheel drive, unibody platform.

Given the lack of a propeller shaft and the resulting tunnel intrusion in the cabin normally found in a rear-wheel drive, a front-wheel drive layout will increase cabin and cargo space, while allowing for a lower floor. However, this may impact the hauling capacity of the next-generation Innova.

Aside from front styling that resembles the Toyota Corolla Cross, the upcoming Innova is also rumored to have a hybrid drivetrain. There is no sure word yet if regular gasoline or diesel engines will also be included.

The current model uses a turbocharged 2.8-liter, twin-cam, 16-valve inline-4 diesel engine pumping out 174 PS and up to 360 Nm of torque. This is mated to either a 5-speed manual or a 6-speed automatic.

Given Toyota’s push to include models like the Prius, Camry Hybrid, Corolla Altis Hybrid, RAV4 Hybrid and the Corolla Cross Hybrid in its lineup, an Innova hybrid may not be out of the question. Again, having a front-wheel drive configuration similar to the Avanza or the Corolla Cross Hybrid should allow a powertrain setup to slot neatly inside the 2023 Innova engine bay and floor.

What do you think of Toyota’s direction for the 2023 Innova?

Source: Spotted: 2023 Toyota Innova will be a giant FWD Avanza?