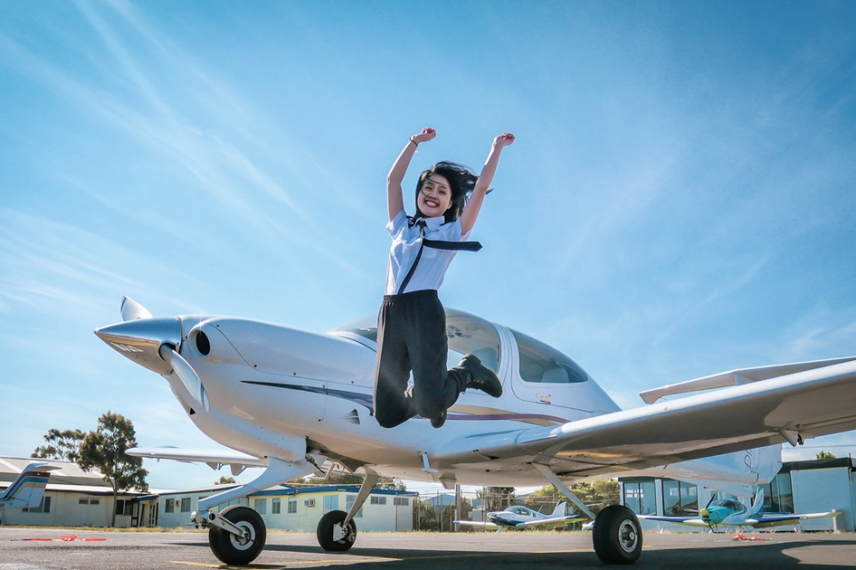 If you’ve ever dreamed of becoming a pilot, an airline cadet program might be a perfect choice.

A Cadet Pilot Program is an airline-sponsored program that gives you the chance to train and fly with a major carrier. This is a great way to get your foot in the door at an airline and work toward becoming a professional pilot.

In this blog post, we’ll tell you everything you need to know about what it’s like to train as a cadet pilot and how you can get started!

What Is A Cadet Pilot Program?

The air industry is booming, and the demand for pilots is high. As a result, airlines are looking for new ways to recruit and train pilots. One of these ways is through a cadet pilot program. A cadet pilot program allows students to get their feet into the aviation field while still earning a degree. Cadet pilot programs vary depending on the airline, but they all have similarities.

In a conventional setting, you must first select a flight school, apply for admission, fly, clear the paperwork, obtain the necessary license and endorsements, do transitional training, pass the airline’s ATPL exam, wait for a position to open up, interview with the airline, and if successful, complete the program’s Standard Operations Training and Line Training before being cleared to fly solo.

Another way to enter the aviation industry is through airline cadet programs, which is run jointly between a pilot school and an airline and guarantees graduates a job once they’ve finished their training.

Cadet pilot programs are offered by many airlines, as well as by private flight schools and charter companies. If you’re looking to become a pilot and want to start your career with an airline, joining a Future Cadet Pilot Program (FCPP) is a great way to get a foot in the door.

What does a Future Cadet Pilot Program (FCPP) entail?

For those aspiring to become a cadet pilot, the Future Cadet Pilot Program (FCPP) is the ultimate training course to prepare you for life as a professional airline pilot. The Future Cadet Pilot Program is an all-encompassing aviation training that will teach you all you need to know to develop a strong application and ace the airline’s interviews.

The Future Cadet Pilot Program (FCPP) is a course designed to prepare you for the many challenges in your aviation career. It incorporates the best elements of flight training, advanced airline theory training, and ICAO English training.

The training also includes a specialist coaching session for airline interviews, usually by an expert in airline interviews. The best formula for successful airline cadet pilot applications is a mix of advanced interviewing skills and flying abilities geared toward airline theory. These two elements work together to create the perfect storm.

In addition, FCPP provides training in ICAO English. ICAO English is an internationally recognized standard of English proficiency for pilots. It is the language used by pilots to communicate with air traffic controllers and other pilots.

The FCPP will allow you to learn more about the cadet program and how it can help you achieve your dream of becoming an airline pilot. This program aims to provide you with all the necessary tools to get you started on your journey toward becoming a successful pilot!

The Future Cadet Pilot Program (FCPP) starts with enrolment and orientation, then moves on to simulation training. This is followed by extensive flight training and some airline interview coaching sessions.

When you enrol in the course, students will first undergo rigorous training during orientation on topics such as:

Once orientation is complete, it’s time for simulation training—this will help prepare students for their flight lessons. Additionally, students will be able to command a 60-ton jet aircraft in a Boeing-certified simulator as part of their Flight Experience B737 simulation training.

The Future Cadet Pilot Program is a comprehensive flight training program that includes ground and flight training to prepare you for a career as a pilot. Once students have successfully cleared their simulation training, they will be allowed to step inside an actual aeroplane and commandeer it, first with the assistance of their trainer and then solo.

The advanced theory session will cover a lot of material that isn’t included in the regular RPL/PPL ground theory curriculum, so you can expect to learn a lot more and feel better prepared afterwards. This will contain discussions on subjects more directly pertinent to airlines and airline pilots, such as the theory behind jet aircraft and jet engines.

Finally, you’ll learn how to make a stellar first impression during interviews by practising common interview questions and giving thoughtful answers tailored to the aviation industry. All of this will be done by the airline interview specialist who will instruct you on how to present yourself and conduct yourself during the interview process effectively.

With these tools, you are well on your way to successfully clearing an interview for an airline cadet program.